1.  We dissect 63 UP, the 9th and most recent instalment of the epic UP SERIES, created in 1964 with director Michael Apted (Gorillas in the Mist, The World is Not Enough, Gorky Park, Chronicles of Narnia). Tracing the life of a dozen British school children as they’ve grown, and how I’ve grown alongside them since seeing ’14 Up’ at an art cinema in Omaha, Nebraska, and having a bucket list experience meeting one of the stars, Tony Walker on a recent trip to London.  “Up” was the first ‘reality series’ on TV and there is no more important documentary nor will there ever be another like it, and Tony is all of us, as we are him.  A very reflective experience looking back on my entire life through through the lens of history and other eyes.

2. Then we pull Austria out of a hat in 2nd grade at Lincoln School in Sioux City and end up in Sydney, Australia  in 1994 where love and success are manifest….what a long strange trip it’s been…

Quick updates on the trials and travails of life under Unterscharführer Victorian Premiere Daniel Andrews, and how NY Governor Cuomo is living proof that the twin-tower traits of abject moronity and failure is attractive to many people.

We examine the war between Universal Studios and North American cinemas (as they are on the precipice of reopening) because Universal stole Trolls World Tour from them and gave it away to streamers, and why Hollywood from stem to stern is the least self-actualized industry of all and sits at the bottom of Maslow’s Hierarchy.

We close with an up close and personal reflection of Leo D’, that’s Leonard Da Vinci, not Leonardi DiCaprio, but you’ll get a different kind of reward out of it just like I did when I was forced to clean every cupboard in the house by The Boss©

Plus all the regular tidbits of fun, fashion, Mystic Medusa and more in a streamlined version to enjoy! 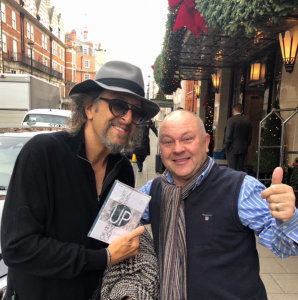 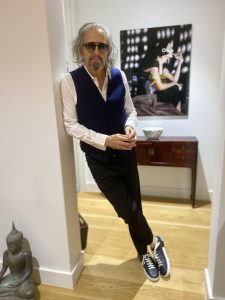