In Episode 2 we travel back in time to the 1950’s in Sioux City, Iowa, where my penchant for movies began at the Uptown Cinema on Saturday afternoons with Atticus Finch and the First Man in Outer Space.  You’ll get an insight into the local Cabals that controlled commerce in Northwest Iowa and life as I remember it.

Traversing through weeks at Aspen in the 1970’s with America’s most underrated rock band as “1978’s most dazzling but unclassifiable lead guitarist…Donner Vixxen….” we take a detour into Roman Polanski’s hot tub back when troubled Jews made the news for good achievements long before Al Gore invented the internet.

Breaking away from the treadmill at Disney to jump into the screenwriting game full time I unknowingly spent my Sundays in Beverly Hills and West Hollywood with a convicted murderer and former mental institution patient who was also a two-time Emmy nominee and Academy Award nominee—who became my mentor and coach and taught me the top-drawer ropes and tropes that launched my career.

Now my concern is why the government is taking all your (our) freedoms away under the guise of the genuine pandemic but why when it’s all over we might not get our freedoms and privacy back.

All this plus why you have to take the car keys away from your parents before it’s too late, why Larry David has recaptured his nice side in Season 10 of CURB YOUR ENTHUSIASM, and why there are only 2 genders, and Trump is your President

A brief preview of next week’s first TWII Podcast guest, and several other secrets no one else wants to tell you. 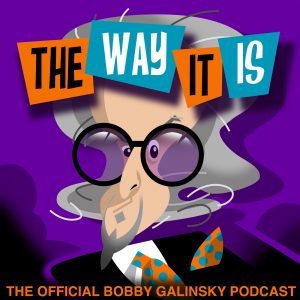